At the hairdressing industry’s most glamorous awards ceremony held within the prestigious Grosvenor House Hotel, on Park Lane, our fantastic Rush Artistic team were crowned this year’s British Hairdressing Awards Artistic Team of the Year. 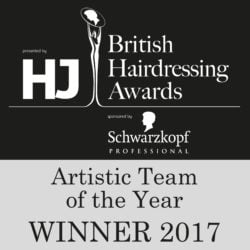 For four decades Hairdressers Journal International’s British Hairdressing Awards, known affectionately as the ‘Oscars’ of the hairdressing industry has been raising the bar, and the profile of the talented, brightest lights in the booming industry that is hairdressing. Over the past 18 years our team have been awarded 13 of these incredible accolades, and year on year winning a British Hairdressing Award has been extremely highly contested – and this year was no different. 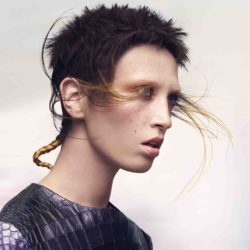 After dinner, the awards began in earnest when TV presenter and the nations favourite blonde, Cat Deeley took to the stage to begin the proceedings. Entertainment was provided by the fabulous BoyzLife, who helped to build the anticipation and electric atmosphere for the 1800 strong guests celebrating the best in the hairdressing industry. 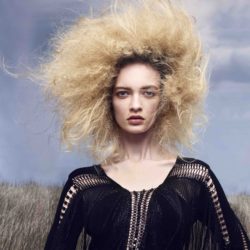 Competition was stiff this year, as always. Our award-winning team produced a collection of four images which were submitted to the first-round judging. These images were judged by the best in the business – Hairdressing’s Hall of Fame and our images were selected as one of only six finalists in this category.  As a finalist, we then had to produce a second set of images which would be judged in their entirety. The team now had to wait anxiously for the big event. 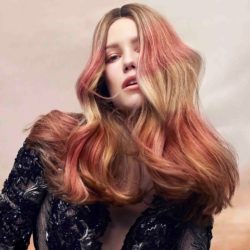 One of the final awards of the night to be announced, we waited patiently, to hear the result. When they called out our names, we couldn’t quite believe it, our dream had come true – we were the Artistic Team of the year and what’s more having won the title for a third time, we were now part of the prestigious British Hairdressing Awards Hall of Fame. With only the best teams achieving this status, we were thrilled and honoured to be inducted. 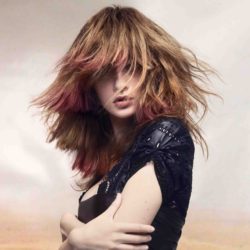 The crowd erupted with cheers and applause as the team made their way to the stage to collect the revered trophy. Upon receiving the award Rush International Creative Director Andy Heasman exclaimed; ‘I cannot put into words just how incredible this award is for the entire Rush family. To be recognized by our peers and industry as the best in the business is something I can’t describe, and what an amazing end to such a fantastic year.’ 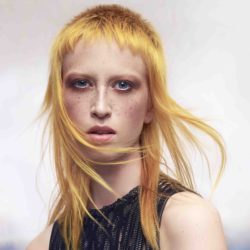 HJ’s executive director, Jayne Lewis-Orr, added: “A good salon relies on its team and that’s as evident in an Artistic Team as the people on the salon floor. This team defines the vision for the salon, inspires the rest of the business and sets a standard that gets clients through the door. It’s a hugely important award and demonstrates what can be created when a group of talented, creative people truly gel together and work with synergy.” 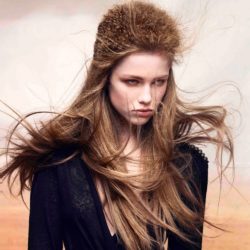 With this latest award added to our collection, our creative team is looking forward to helping translate these looks into Rush salon services and are excited to see what the future brings.

Find your nearest salon to see how our teams can use this award-winning creative direction to give you a whole new look!

Want to learn how to create looks like these? You can train with our Award Winning Artistic Team at our brand new Academy in London’s Covent Garden

for expert advice on all things hair, plus be the first to know about our latest offers and more