The Force is strong with this hair | Rush Hair & Beauty

The Force is strong with this hair 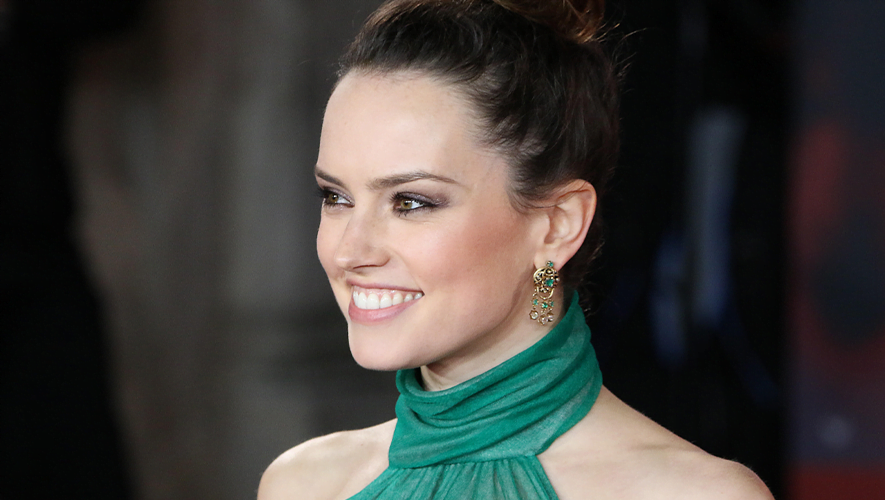 We have been crushing hard on Daisy Ridley’s hair ever since she shot to fame in 2015. Daisy brought the feisty female warrior Rey Skywalker to life in “Star Wars: The Force Awakens”.

The London-born actress rocks a blunt mid-length bob from day-to-day but mixes it up on a the red carpet.Her luscious locks are on the shorter side but her versatile looks are adaptable to any length hair. Daisy’s mane gives us life and has served as great inspo for some fierce looks.

The release of the final instalment in the Star Wars sequel trilogy is fast approaching. So now is the perfect time to acknowledge some of Daisy’s most fabulous looks from the past few years.

This voluminous look is the perfect balance between messy and elegant. Daisy’s wore this look for a Star Wars press photo in 2015. A style like this allows your face to take centre stage but ensures the hair still looks stylish.

This style is harder to recreate if you have longer hair but Daisy’s look is perfect to emulate if you have short to mid-length hair. The key element of this look is texture. Texture adds and achieves the ‘I woke up like this’ look that radiates effortless beauty.

Daisy’s lustrous sweeping fringe is the focal point of this red carpet look. This regal fringe is the perfect way to frame your face.

Daisy wore this look on the red carpet for the Oscars in 2016. This intricate knot was a hit with Star Wars fans. Followers spotted that the up-do was a modified version of the hairstyle she rocks in the movie. This look appears simple from the front but all the drama is in the back. This is a great take on a basic bun.

This simple middle part bun is easy to achieve but when executed prefectly can be a stunning look for day or night.

Chunky parted fringes are appearing all over the red carpet. These types of styles add angular aspects to the face creating the illusion of depth. The added colour to Daisy’s fringe is also a pretty aspect that can add some interest to a hair look.

A classic. Daisy wore this at the Murder on the Orient Express Premiere in 2017. The ballerina bun is always a winner when paired with a more dramatic make-up look or intense outfit.

Halo braids are an easy way to mix up traditional looks. Introduce a braid to a simple bun or ponytail it can elevate the hairstyle.

This is shorter than most other looks Daisy has worn. She has enhanced her natural curl in this look but kept it very simple and graceful.

Daisy has a more dramatic curl pinned to the side in this image. This is a great method to create the illusion of thicker hair by adding volume to one side of your hair.

She debuted her Fiery tresses on the red carpet. The change in colour was for her starring role in the film Ophelia. This Auburn shade has been everywhere this season. The tone is complimentary to every skin tone and can be a gorgeous option if you are looking to switch-up your look.

Daisy Ridley has sported some beautiful hair styles that can easily been introduced into your hair styling routine.

This website uses cookies to improve your experience while you navigate through the website. Out of these cookies, the cookies that are categorized as necessary are stored on your browser as they are essential for the working of basic functionalities of the website. We also use third-party cookies that help us analyze and understand how you use this website. These cookies will be stored in your browser only with your consent. You also have the option to opt-out of these cookies. But opting out of some of these cookies may have an effect on your browsing experience.
Necessary Always Enabled
Necessary cookies are absolutely essential for the website to function properly. These cookies ensure basic functionalities and security features of the website, anonymously.
Functional
Functional cookies help to perform certain functionalities like sharing the content of the website on social media platforms, collect feedbacks, and other third-party features.
Performance
Performance cookies are used to understand and analyze the key performance indexes of the website which helps in delivering a better user experience for the visitors.
Analytics
Analytical cookies are used to understand how visitors interact with the website. These cookies help provide information on metrics the number of visitors, bounce rate, traffic source, etc.
Advertisement
Advertisement cookies are used to provide visitors with relevant ads and marketing campaigns. These cookies track visitors across websites and collect information to provide customized ads.
Others
Other uncategorized cookies are those that are being analyzed and have not been classified into a category as yet.
Save & Accept