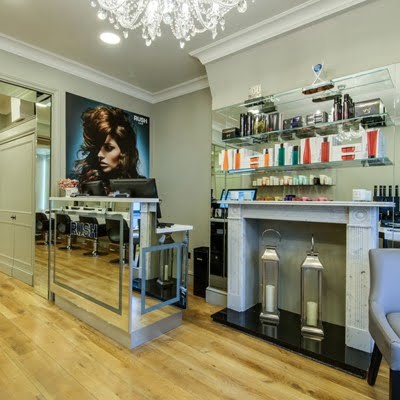 How many salons did Rush open in March?

Rush Hair and Beauty have had an amazing year already and it is only March! With three salon openings in the bag and much more to come, 2017 is set to be the biggest year yet. Over 20 years ago when Co-Founders Andy Phouli and Stell Andrew founded Rush they never imagined how big the […]

Rush Hair and Beauty have had an amazing year already and it is only March! With three salon openings in the bag and much more to come, 2017 is set to be the biggest year yet. Over 20 years ago when Co-Founders Andy Phouli and Stell Andrew founded Rush they never imagined how big the brand would get.

At the beginning of the year Rush announced the partnership with LDC, and how ldc would help the brand grow even bigger. In March Rush have taken on former Costa Coffee MD; Chris Rogers and former EAT Brand Development Director; Ed Grimes. The pair will help Rush open even more salons so it is an honour to have the pair at our latest openings! 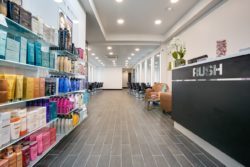 The first salon opening of the year is always a memorable one. After a lot of hard work from Marketing, Operations, Maintenance and much more, we announced the salon was opening on 4th March. The people of Crystal Palace were thrilled to learn that Rush would be joining the high street. Opening the salon creates more jobs for the locals and also brings the community together. The salon is being managed by Stefania Valenza. Stefania was previously working for her sisters Franchise; Rush Liverpool. It is a proud moment to see Stefania move down to London from Liverpool to start her journey as a salon manager. We like to see our employees grow at Rush and can’t wait to see what she does for the salon!

Rush Crystal palace is located on 22 Westow Hill, Crystal Palace, SE19 1RX. At the grand opening we had promo girls ready to start at 9AM handing out goody bags. Co-Founders Andy Phouli, Stell Andrews, Vice Chairman Peter Phouli, Operations Director George Phouli and Operations Manager Fay Stephen, were all in attendance for the grand opening. Andy and Stell’s daughters were also present for the opening, it was nice to have the Rush Family together. The salon was fully booked and the stylists were excited to get to work.

From the moment you enter the salon, our expert team of stylists will be on hand to treat you to a truly special experience, one that leaves you with hair that looks and feels great. Starting with a personalised consultation, your stylist will then lead you into our indulgent spa where you will enjoy a revitalising hair wash and luxurious head massage. 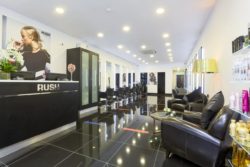 Rush Enfield opened on Saturday 11th March and was the second salon opening of 2017. The salon is a lovely addition to the high street of Enfield, located at 23 Church Street, Enfield, EN2 6AF. Co-Founder Stell Andrews, Vice Chairman Peter Phouli, Operations Manager Fay Stephens and Operations Director George Phouli, were all there for the grand opening. Lucy Tuck previously worked for The House of Rush and has progressed into a salon manager, good luck to Lucy at Rush Enfield!

The promo girls arrived early on opening day and were busy all morning flyering and giving out balloons to the locals, the children especially loved them! The salon is a great addition to the high street, and Lucy couldn’t be more excited of her achievement and running the salon ! In usual Rush style, the ribbon was cut by the salon manager after posing for photographs to capture this iconic moment. The salon was fully booked and each stylist didn’t have a moment to spare before their next client walked through the door!

If your hair has seen better days and is in need of a bit of love and attention, then Rush Enfield is the place for you. The talented team knows exactly how to revive your hair and get your hair glowing again. They understand how important it is to feel happy with the way you look and it’s our job to make sure this happens. Our great team of qualified, professional staff will provide you with exactly what you wish for. Sit back, relax and let our experts work their magic on you. 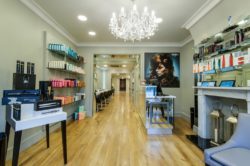 The salon has been extremely busy, on the 16th March the salon hosted a pre-opening event. This special event was to offer a late night sneak peek of the beautiful, new trendy Rush hair salon. Rush Hair treated the guests to the Rush experience and gave them chance to meet the Rush Hair Wimbledon Village team.

From the minute you walk into Rush Wimbledon Village, all the focus and attention will be on you and your hair. You’ll be able to discover the latest products and style trends as your stylist advises you to the best hair you can achieve. The team will take the time to listen to your every need to ensure that you leave with the results you longed for. With our extensive retail range available to purchase straight from our salon, you can ensure that your gorgeous new look is prolonged at home. Who thought it was possible to have a great hair day, every day?

Book your appointment at our new salons today