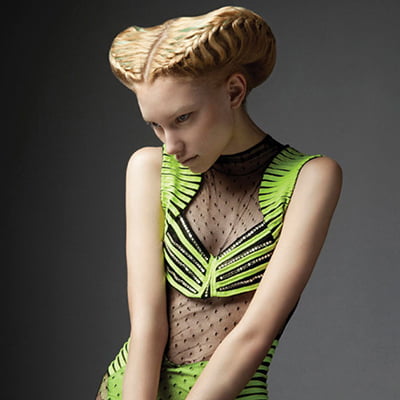 20 Years of Rush Hair and Beauty

Rush is celebrating its 20th birthday this year. Since opening in 1994, the Rush team have been responsible for recreating some of the most iconic hairstyles of the past two decades. Looking back over the last 20 years of Rush Hair and Beauty, we wanted to celebrate this momentous anniversary by taking a look back […]

Rush is celebrating its 20th birthday this year. Since opening in 1994, the Rush team have been responsible for recreating some of the most iconic hairstyles of the past two decades. Looking back over the last 20 years of Rush Hair and Beauty, we wanted to celebrate this momentous anniversary by taking a look back at some of the 90’s and 00’s most memorable looks.

The Asymmetrical Bob
The bob first appeared in all its glory during the swinging 20’s but faded away during World War 1. However, the 1990’s saw a fresh revival of the bob as celebs like Meg Ryan introduced the world to graduated bobs with asymmetrical lines and side swept fringes.

The Mermaid Perm
The perm made a resurgence in the mid 90’s. The 90’s perm was a softer version of the tightly curled 80’s perm – it was longer, characterized by beautiful spirals and loosely falling waves. Celebrity fans included Nicole Kidman, Mariah Carey and Julia Roberts.


The Rachel
The hairstyle of the 1990’s is synonymous with one particular friend – Rachel Green. Jennifer Aniston’s portrayal of Rachel in the US sitcom Friends revolutionised the 1960’s shag and fashioned a new style “The Rachel” – razor cut layering, smooth styling and softly textured ends.

The Voluminous Mane
Big, soft, voluminous hair was hugely popularized by the supermodel culture of the 1990s. Celebrities such as supermodel Cindy Crawford and Baywatch babe Pamela Anderson sported this thick and dramatic look with wispy layered ends throughout the 90’s. Wispy bangs are a modern twist on the structured fringe. Strong shapes are contrasted with exaggerated lengths to show strength and movement that blend into the cut.

Choppy Bob
The early 2000’s were all about symmetry. Shape was created with careful cutting and styling as can be seen in The Rush Artistic Team’s 2013 . Celebs who loved this this look included Halle Berry and Victoria Beckham.

The Choppy Mullet
The 2003 Halo Collection, by the Rush Artistic Team, focused on round contoured shapes where the main focus was the fringe area, working colour and texture and shine to enhance a halo shape. This collection took inspiration from the Mullet – a style that was popular with Jessica Simpson’s little sister, Ashley.

The Boyish Crop
The 2006 Collection (Religious Gothic) used strong shapes focusing on shine and texture. Boyish pixie haircuts are made to look flirty and feminine as they highlight cheekbones and define the jawline. Keira Knightley has the perfect bone structure to pull off this androgynous look.

Top Heavy Fringe
The 2004 Collection by Tina Farey was based around sharp edges, texture and cool shades. Gwen Stefani rocked this look at the 2003 Billboard Music Awards with her signature red lips and platinum hair. Texture was used to create wild waves that were in turn pinned up for a demure look.


The Graduated Bob
Victoria’s graduated bob has become an iconic short hairstyle in the 21st century. This sharp, geometric crop is both classy and chic.

Long Layered Hair
Long, shiny hair has been a lasting trend throughout the 2000’s. The 2009 Collection by Chris Williams (Colourist of the Year 2009) used beams of coloured light were illuminating to enhance the spherical shape of the cut. Stick straight hair and beautiful illuminating colour is an easy look to achieve using clip in hair extensions.

The Undercut Hair Pouf
The undercut hairstyle was very popular in 2010 as celebrities all over the globe decided to shave the underparts of their heads. This rocker edgy half shaved hair look was embraced by Willow Smith, Keri Hilson and Cassie. Rihanna’s hair is tousled and teased to new heights at the 2010 Grammy Awards, contrasting against her short shaved sides, creating a funky variation of this elegant style. The artistic team’s take emphasizes strong shapes with a 2 dimensional silhouette.


Braids
Taking inspiration from the punk era, multi tonal hair colouring had a revival in the early 2010’s.  This head turning look works well with both blonde and dark hair. It’s the perfect way to show individuality and creativity. The 2009 Collection by Chris Williams features strong shapes and use of a rebellious colour palate brings hair to life.

Fishtail Pony
Plaits got a facelift in the 2010’s as celebs such as Lauren Conrad and Kendall Jenner began to wear them in a variety of ways. The fishtail braid is a new twist on the classic French Braid and funks up any outfit.