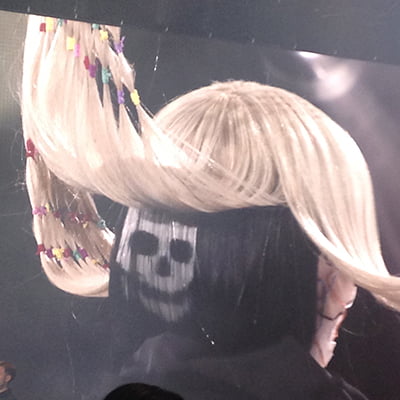 Join Rush and run away with the Virtual Circus!

The L’Oreal Colour Trophy was set near the River Thames with the famous O2 in the back drop, it was set to be a night to remember. The longest running live hairdressing competition in the world, L’Oreal Colour Trophy 2016. #LCT16 is in full swing! Here's a glimpse of the @RUSHHairBeauty show in action! #lorealprohttps://t.co/LOzOvIcOhW […]

#LCT16 is in full swing! Here's a glimpse of the @RUSHHairBeauty show in action! #lorealprohttps://t.co/LOzOvIcOhW

This year the event took place in a new larger venue at InterContinental.

Guests were treated to glasses of fizz on arrival and entered the stunning ballroom ready to watch in amazement as the creative hair models moved along the glossy catwalk floor.

Nick Grimshaw took to the stage to welcome the guests and kicked the show off. We were then treated to a parade of models from all the entrants involved in the night.

It was then time for our big show to start, titled “Virtual Circus”. A big tent held an awe-inspiring feast for the senses, where larger than life characters step out from the confines of virtual images into dazzling reality. All of these amazing looks created by the Rush Artistic Team.

The show kicked off with the ringmaster. Bright colours with a shaded effect, ranging from yellows, reds and oranges. A tightly shaped cut higher at the front and lower at the back and neatly tucked around the face, creating a small cone like appearance.

Then dressed in red and white stripes and moving down the catwalk in tiny steps was the next look. A clown inspired with a bejewelled face and red lips, the hair was slightly wild, with tones of orange and red.

Next to hit the stage was our acrobat, the hair woven into a bow shape which was attached to an acrobat hoop and held by the model. She glided down the catwalk with brightly coloured shades used on the hair to create impact.

Oh my god the @RUSHHairBeauty virtual circus show at #LCT16 has literally taken my breath away! WOW pic.twitter.com/b6v3BqCWlX

A jester then graced the stage, dressed in black and white check, hair parted in the middle and two sections raised to stand up.

A colourful harlequin character moved onto the stage with tight bunches and brightly coloured ends wrapped using metallic colours in the hair as accessories and in the costume.

Three models then appeared acting the part of freaks. Alexander McQueen inspired looks with plaits and braids across the face, big voluminous hair and sleek black angled fringe. They were dressed in leather outfits with very pale make up.

An artist was next with coloured perplex shapes attached to the hair using braids and weaves. Wearing a long silver glittery dress and high boots. She was moving art as she glided along the catwalk as the coloured stitches in her hair swept past the audience. We were then treated to a performance from the performer. Long candy pink locks which consisted of handmade individual pom pom’s of hair, attached together to create a fun and soft effect. No one could have been prepared for the last look. Long blonde strands gathered together with tiny coloured hair bands to create lots of mini bunches that were drawn together.

The model wore a long black faux fur coat and held two bunches of coloured circus inspired balloons. The crowd was piecing together the look with the title “Illusion”. The model then arrived back at the opening of the stage and as she let go of the balloons, which were attached to the hair, they lifted and the first layer of long blonde hair disappeared . A thick black layer of hair was left featuring a skull at the back of the head, this was a surprise and all the room gasped in amazement.

It truly felt like we had been transported into a circus tent and shown creative, theatrical hair that told the audience a story. Bringing fashion, make up and accessories into one world and entering us into signature cuts, colours and truly fantastic editorial styling. It was a whirlwind trip bursting with creativity that captured our every breath.