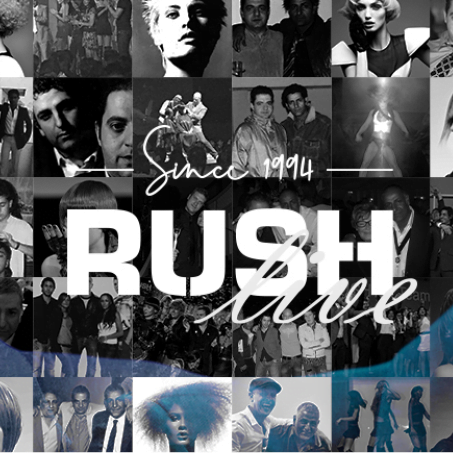 It’s one of the most important dates on our calendar, as we are not only raising invaluable funds for Great Ormond Street Hospital for Children, but also have an incredible opportunity to showcase our latest collections… Andy Heasman – Rush International Creative Director We’re celebrating our twenty fifth anniversary this year, and that means Rush […]

It’s one of the most important dates on our calendar, as we are not only raising invaluable funds for Great Ormond Street Hospital for Children, but also have an incredible opportunity to showcase our latest collections…

We’re celebrating our twenty fifth anniversary this year, and that means Rush Live 2019 is not to be missed.

Our annual show is our chance to show off, right? Right! There’s been some cutting edge looks and styles presented by the Rush Artistic Team over the years. Pushing the boundaries of British hair fashion’s sensibilities, and showcasing award winning talent.

We thought we’d take you on a little journey in time through the archive. So here’s a retrospective of some of the highlights from Rush Live of years past.

Our first Rush Live seated only 400 people, and the room was packed, we did 3 shows in one day just to fit everyone in. It was an intimate space, and the creative energy in the room was electrifying – we knew then that we had started something special. 10 years on and we are still going strong.

The final show was a triumph, but we had no idea how far this might go! Later that year the team went on to win BHA Schwarzkopf Professional British Colour Technician Of The Year 2009, announced in November 2009, this is where Colour became a prominent factor within Rush and our Rush Live’s iconic cuts developed new dimensions. and full of energy.

The next time we’re going to catch up with the show is six years later in 2015 and things have definitely moved on.

Rush Hair is renowned within the hairdressing industry for putting on a spectacular show and this year’s Rush Live was no different.

Over the years, the Rush Live show appeared in different venues that would cater for the ever growing audiences; they moved to the ICC Auditorium in the Excel Centre in 2015, and Rush Live had found a home.

Under the searing lights, braving the stage, demonstrated live techniques and trends in colour, cutting and editorial work from their British Hairdressing Award winning and other collections.

This time the team had taken influence from strong lines, colours and creating their own twist of punk fashion.

Things had definitely moved onwards and upwards, with Estetica Magazine calling the audience “delighted” and describing the show as having a “modern, futuristic twist”.

This short documentary follows The Rush Hair and Beauty Artistic team as they gear up towards Rush Live 2016, their most prestigious annual charity event. The film was made last year by a crew of second year Bournemouth University Film Production and Cinematography Students.

In 2016 not only were the team featured at that years L’Oreal Professionnel Colour Trophy, but they also showcased their Virtual Cirus collection for Rush Live.

The show was amazing, and inspired the award winning independant British film maker James Henderson to produce this short documentary. We thought we’d let that do most of the speaking for us this time.

By now the team had won many major industry awards and their passion for their craft shone through in this years explosive show!

Our new Rush Academy in Covent Garden had just opened, offering advanced hairdressing training for the Rush Family and beyond, but also becoming the new bat-cave for the art and workshop team. We thought we’d share some behind the scenes from this show.

And here’s the finished collections!

…the best Rush Live there has ever been…

2018 was the year that our team won British Hairdressing Awards Artistic Team of the Year, and as such expectations were high.

With Obsession, we are eclectically mixing fashion and hair, creating juxtapositions, inspired by the youth and uniqueness of sub cultures.

The Editorial and Session Team, led by Tina Farey, inspired by the Popovy Sisters. the infamous creators of handmade dolls, wearing couture clothes and individual hairstyling, showcased Avant Garde hairstyling at its best creating a scene of ethereal beauty that filled that stage.

So what is in store for Rush Live 2019? Well with ten years of Rush Live and twenty five years of Rush Hair & Beauty being celebrated, we should expect something spectacular.

Celebrating 25 Years of Rush, the Rush Artistic Team have taken influence from their past collections of over 18 years, choosing their favourite looks of Rush’s past, bringing them to life once again to show the journey of Rush and how our motto of strength and movement has remained strong within our work since the day we opened in 1994…The Rush Way!