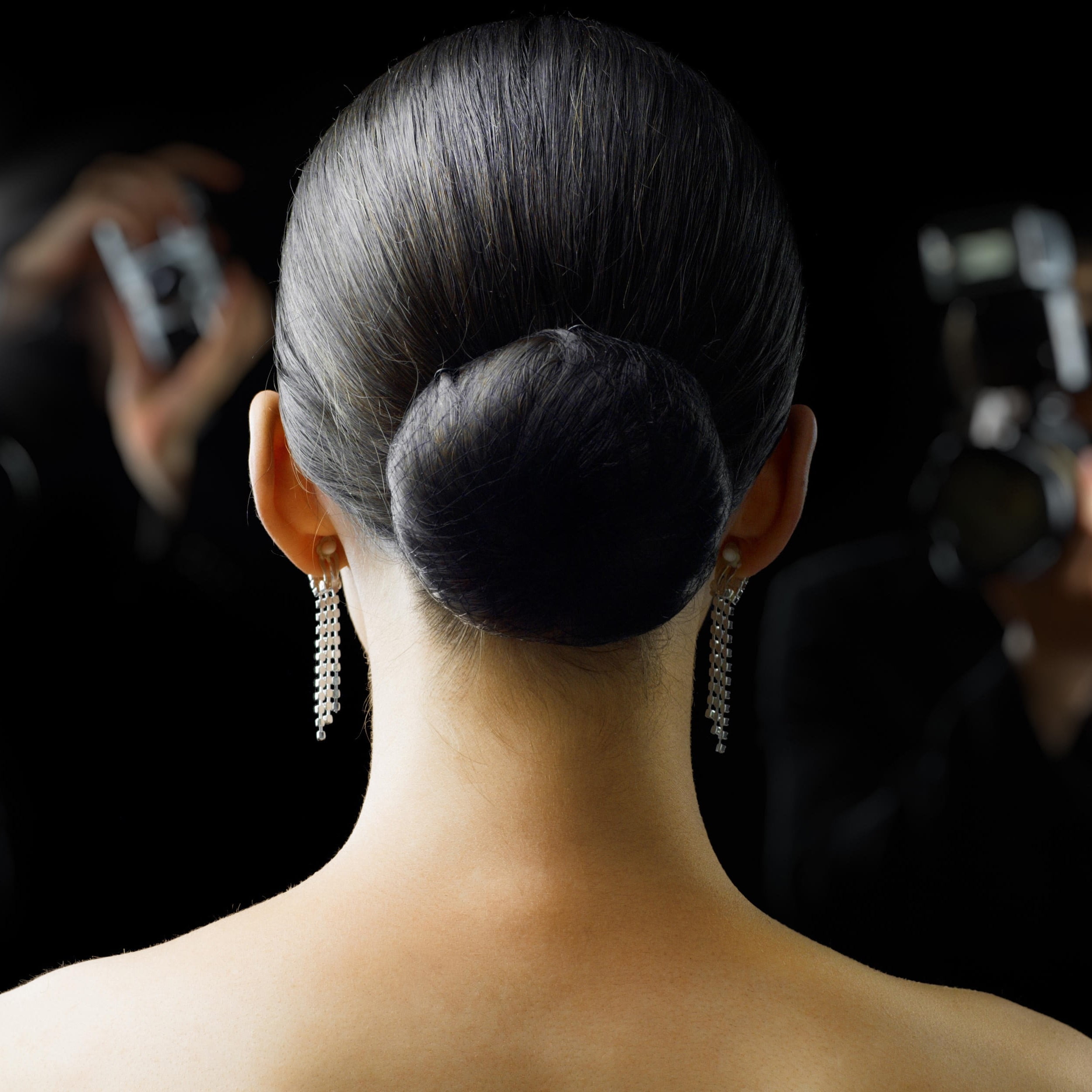 In terms of aesthetics, cinema offers plenty. From costumes to set dressing, the look of any film really does affect how it’s received; cinematography plays a huge part in how effectively a film communicates its story and message. And whilst the red carpet always gives our stylists something to get excited about (just look at […]

In terms of aesthetics, cinema offers plenty. From costumes to set dressing, the look of any film really does affect how it’s received; cinematography plays a huge part in how effectively a film communicates its story and message. And whilst the red carpet always gives our stylists something to get excited about (just look at the ‘Celebrity Hair’ section of our blog), the movies themselves provide just as much inspiration. From career-defining cuts to OTT updos, the silver screen is chock-full of iconic hair moments – take a look.

In science fiction, no hairstyle is more iconic than Princess Leia’s side buns. It took so long for her locks to be bound in this way, that Fisher had to arrive in makeup at 5 a.m., sitting in the chair for 2 hours before the cameras began to roll. And though the setting may be intergalactic, director George Lucas’ inspiration for Leia’s look is a little more earthbound. Of his heroine’s hairdo Lucas told Time Magazine, ‘in the 1977 film, I was working very hard to create something different that wasn’t fashion, so I went with a kind of Southwestern Pancho Villa woman [look]…the buns are basically from the turn-of-the-century Mexico.’ Since then, there has been some contention about this though, with shrewder fans highlighting the likeness between Leia’s double buns and the hairstyles of indigenous Hopi women (the Hopi are a Native American tribe with settlement links to Arizona). In truth, there are probably elements of both, but nowadays you can’t look at side buns without thinking of the Alderaanian princess.

When kooky romantic comedy ‘Amélie‘ was released in 2001, the world fell in love. Delighting audiences across the globe, it earned 5 Oscar nominations and won 4 Césars (the French equivalent) – oh and it put stacked A-line bobs on the map too. Jean-Pierre Jeunet, who co-wrote and directed ‘Amélie,’ had only recently finished working on ‘Alien: Resurrection’ before shooting his fantastical French rom-com (if that’s not a directorial U-turn, we don’t know what is). Jeunet’s gorgeous cinematography in ‘Amélie’ (and Tautou’s impossibly chic bob) is the stuff that Pinterest boards were made for.

When Hollywood bought the rights to turn Truman Capote’s novella ‘Breakfast at Tiffany’s’ into a fully-fledged motion picture, the author wanted Marilyn Monroe to play Holly Golightly. In fact, he wrote the book with Monroe in mind (his Holly had ‘albino-blonde and yellow’ hair for one thing). Luckily for director Blake Edwards, the decision to cast pixie-like Audrey Hepburn instead of Monroe worked out; it’s impossible to imagine anyone else playing the part. You only have to watch the film once to see why it’s become one of Hepburn’s most iconic roles. And the hair? Well, her (much-copied) chignon has since become the very picture of elegance.

Aesthetically, there’s just something cool about Quentin Tarantino’s ‘Pulp Fiction’ (excepting the violence – although it can be so OTT in the film that the gorier scenes are usually rendered comical). The characters – a rag-tag group to say the least – have become fodder for Halloween costumes every year since the film’s 1994 release. And raven-haired, blunt-bobbed Mia Wallace (played by Tarantino regular Uma Thurman) is the one we all [not-so secretly] want to be. Hands up: who else has tried to capture her cool-girl style with a cheapo wig (or an at-home dye kit) and a dash of red lippy? You can, of course, recreate her look by booking an appointment with your stylist for a cut and colour (and we advise that you do – never, we repeat NEVER attempt to give yourself a fringe).

When Sofia Coppola decided to co-produce (and direct) a biopic about doomed French Queen Marie Antoinette, hair was always going to come into it. In a big way. After all, no other monarch has managed to garner as much attention from the forehead up; Marie Antoinette’s hair was, and still is, the stuff of legend. Along with the help of her stylist Léonard-Alexis Autié (and a few choice wigs), her hair was pouffed up and powdered; sometimes feathers or other accessories were added to complete the look. So ostentatious was her hair that it’s thought to have stood up to 4 feet tall on occasion. Thankfully, on-screen Queen Kirsten Dunst got to wear a whole host of gravity-defying wigs too. Festooned with feathers, flowers and ribbons, the costume department clearly had a great time re-creating Marie Antoinette’s famously flamboyant hairstyles. Now that’s what we call movie magic.

Unsurprisingly, Beyoncé – and her tresses – provides us with daily inspiration here at Rush. And though we love her hair long, short, straight or curly (she really can get away with anything), we can’t deny that the 70s-inspired ‘fro she rocked in ‘Goldmember’ is still one of our favourite looks on her. Starring as Foxxy Cleopatra, Queen Bey’s character is an homage to Foxy Brown (played by Pam Grier) – the central character in a film of the same name. Aside from their strikingly similar names, Foxy Brown’s iconic afro is the forbearer of Foxxy Cleopatra’s own perfectly sculpted ‘do.